This follows a sting operation by the Kenya Revenue Authority (KRA) in collaboration with the Directorate of Criminal Investigations (DCI) at a depot in the Nakuru County. 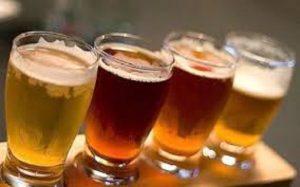 The multi-agency team was acting on intelligence when they carried an operation at the premises and recovered various brands of counterfeit alcohol.

The company was found to be manufacturing counterfeits of genuine alcohol brands.

The owner of the depot has been arrested and the company vehicles impounded.

In a similar operation, the multi-agency team searched several wines and spirits depots and homes manufacturers in Subukia Town and Bahati area.

Three suspects were arrested during the operation.

KRA stated the multi-agency team was working around the clock to ensure that illicit trade is eliminated in the country.

“The team will continue with the operation and all culprits will be prosecuted and their machinery and products seized,” KRA stated.

from RAJI BASHIR in Khartoum, Sudan KHARTOUM, (CAJ News) – A SPATE of killings, rape and kidnappings has been reported…